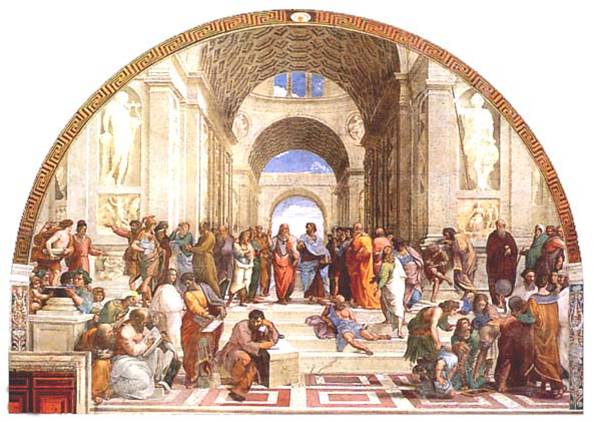 The School of Athens, by Raphael (the Vatican)